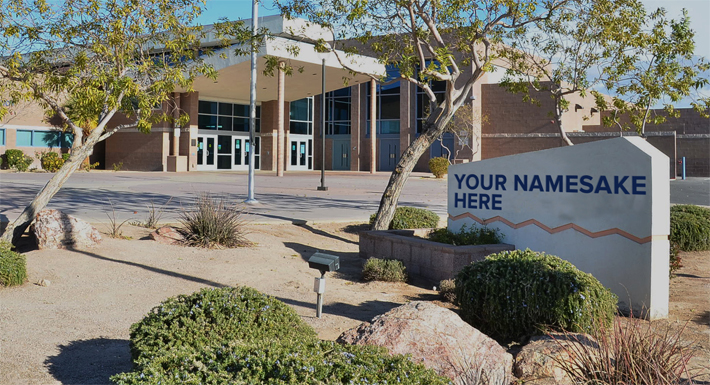 The Clark County School District (CCSD) is accepting nominations through August 31, 2020, to name the two new schools slated to open in the fall of 2021 as part of the 2015 Capital Improvement Program. One new middle school is being constructed in the Mountain’s Edge area and a new elementary school is being constructed in the City of Henderson. These schools will be named for:

“The nomination process is open to members of the community as well as CCSD employees, so we encourage people from throughout Clark County to take part in the naming process,” said CCSD Board of Trustees member Deanna L. Wright, who serves as chairperson for the CCSD School Name Committee.

Wright noted there are restrictions pertaining to the nominations. In order for a former employee to be considered, they must have been separated from CCSD for at least two years in order to be considered as a namesake. Elected officials, including former trustees, must be out of office for a minimum of three years.

A total of six finalists will be considered by the School Name Committee at a meeting in October. The committee’s recommendations will subsequently be submitted for approval at a regular public meeting of the Board of School Trustees.

For additional information on the call for nominations and to see the finalists from previous school naming efforts, click here.