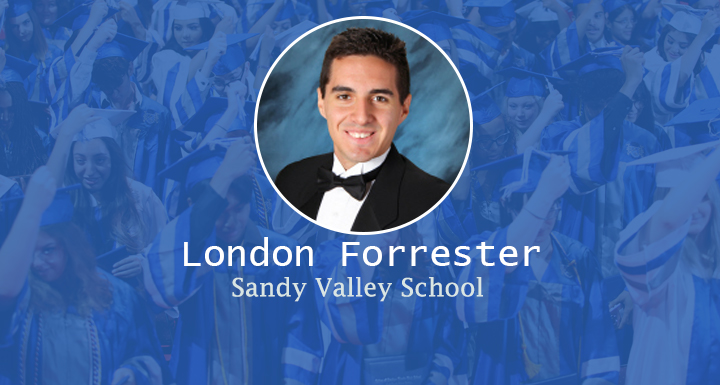 At 16, London had given up on dreaming. He was in a life with a mother suffering mental illness, and a father with no ability to care for himself. Forced to leave high school, London was made to play the role of caretaker, homemaker, and parent to his younger brother. Never being allowed to contact the outside world to seek help London had no idea how to plan for his future & wondered, “why bother?, for this will be my life forever”, so he just withdrew from society. In 2018, his father passed away London and his younger brother found a foster family.

When joining his new family they discovered that London had little ability to communicate, to speak, and suffered with anxiety attacks and agoraphobia. He just had no social skills or ambition for his future. It was very obvious to his new family that to open his eyes to life there was work to be done!

In his new home he immediately found the support and love he needed. He no longer had to wear the weight of the anchor of the family. He was free to be a teen and was free to explore. When he re-enrolled in high school he discovered he loved to learn new things. It took no time for him to make up for those lost high school years. He is and remains an “A” student. With an enthusiasm highly lit, he brings joy to his teachers as they look forward to engage him in every class. He is a human sponge, spend more than 5 minutes with him he will soak up all he can get you to share.

London volunteers for every task and program. It soon became obvious that London has natural leadership skills. Last year London was chosen to attend Camp Anytime, a leadership camp for a select few high school students. In 2018 and 2019 he received four scholarships to other leadership camps and was invited to return as Leadership Counselor.

His new family wanted to expose London to everything. They would pack up and travel in an instant if it would provide London a chance to discover the world anew. With each trip his eyes opened more. His anxiety dissipated and London started having lots to say & he wants to see the world. After an impressive trip to the US Naval Academy in Annapolis, MD London finally knew what he wanted to become. He is going to join the Navy.

To prepare him for a life in the Navy he joined the US Naval Sea Cadets and devoted weekends training at Nellis AFB.

The school London attends has no classes on Friday. While many teens considered this a free day to play, London and his brother devoted every Friday volunteering at St. Rose Hospital. With a natural curiosity and pension for being eager to help his Supervisor gave him the opportunity to serve in various departments. It was while devoting almost 300 hours London knew he wanted to enter the field of Medicine.

When London graduates, he will become a Navy Reservist, while attending CSN in order to begin his course study leading to his desire to become a Nurse Practitioner and eventually full time Naval Officer.

London has shed his fears. Just ask him, he will give you a quarterly detail of his 5 year plan. In 2025 get ready world to salute Lt. London O.L Forrester….. but first he gets to celebrate his graduation on a World Cruise with his adopted family. Happy Grads London!–