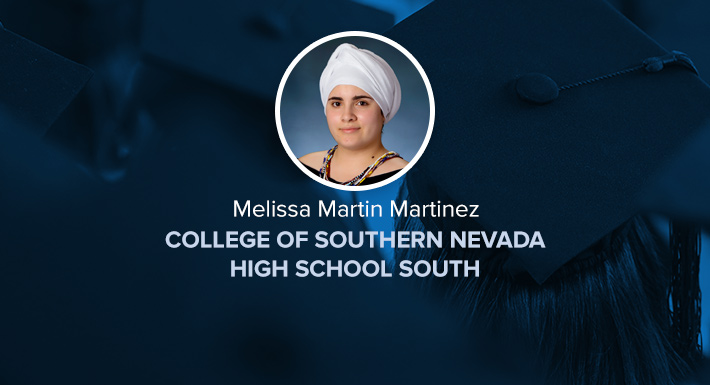 Melissa Martin Martinez was admitted to the competitive and rigorous College of Southern Nevada High School program, after having arrived in the United States three years earlier with refugee status. She joined the school’s Student Council right off the bat, and became a dedicated member.

During her junior year, she suffered and overcame serious ongoing health issues, going months without telling anyone at school what she was going through, worried that people would doubt her capability if they knew. She eventually learned to utilize her resources and to self-advocate, and she continues to prove herself as an enthusiastic and devoted student.

Melissa has an innate sweetness surrounding a core of strength. She wants to spend her life building structures to help struggling communities all over the world make their lives better.

She will be pursuing a degree in architecture at Woodbury University in the fall.

Check out more of our Star Graduates at ccsd.net/students/star-graduates.