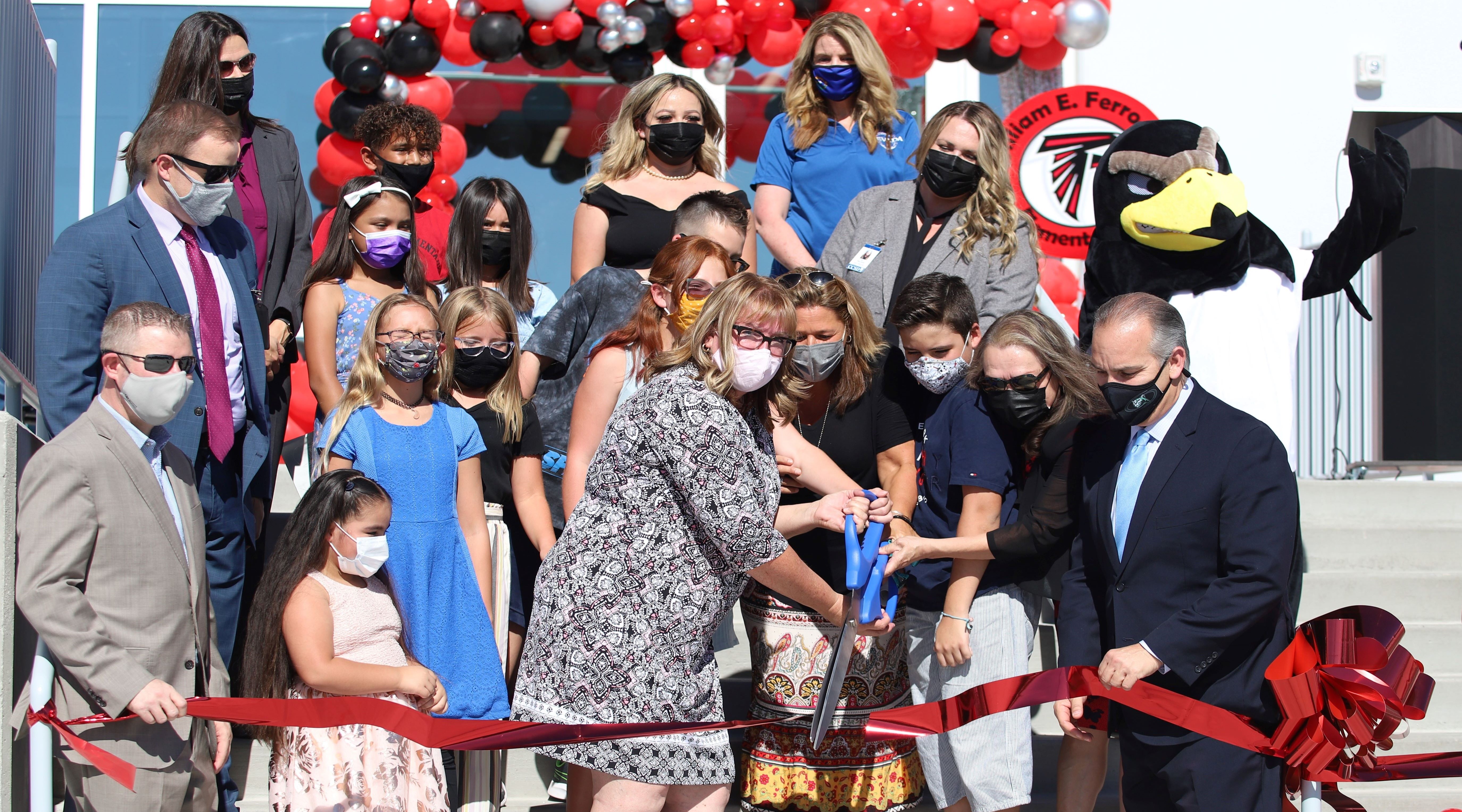 The ceremonies celebrated not only the contributions made by the schools’ namesakes to the community, but also the important investment made in creating a 21st century education for students.

The schools will help with easing overcrowding and updating aging infrastructure with modern technology.

This is possible thanks to bonding authority approved by the Nevada Legislature that allows for CCSD to build new schools and renovate existing ones.

The Las Vegas Sun’s Ray Brewer toured Harris Elementary School before its opening. One of Brewer’s takeaways from his story about what the modern, technologically advanced facility will mean to students: “Simply take one step into the school and the new-building smell signals opportunity.”

In a Las Vegas Review-Journal story about the first day of school, Pamela Lindemuth, Principal of Barry and June Gunderson Middle School, which will serve the fast-growing southwest part of the Las Vegas Valley, said the school will be “an incredible place for students, staff, and this community.” Congresswoman Lee, Assemblywoman Michelle Gorelow, Clark County Commissioner Justin Jones, Nevada Superintendent of Public Instruction Jhone Ebert, Superintendent Jara, and the school’s namesakes, along with family and friends, attended the school’s ribbon-cutting ceremony.

In a vital development this year, the Governor and state legislators authorized an extension of the capital improvement program, approving the rollover of bonds from 2025 to 2035.

Dr. Jara expressed his gratitude for the granting of the bonding authority, noting that the latest action from Carson City will potentially result in 13 new schools, 33 replacement schools, and modernization throughout the District.