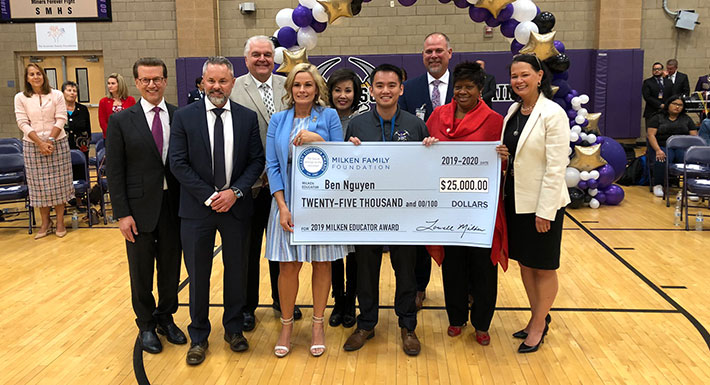 The Milken Educator Awards, often referred to as the “Oscars of Teaching,” provide recognition and financial awards of $25,000 each to educators across the nation who are furthering excellence in education.

Read the announcement from the Milken Family Foundation, which dubs Nguyen a “Robotics Whisperer.”

Only 40 educators each year are selected for the Milken Educator Award. Nevada had two recipients this year, the other being Nicolas Jacques, a middle school teacher in Carson City.