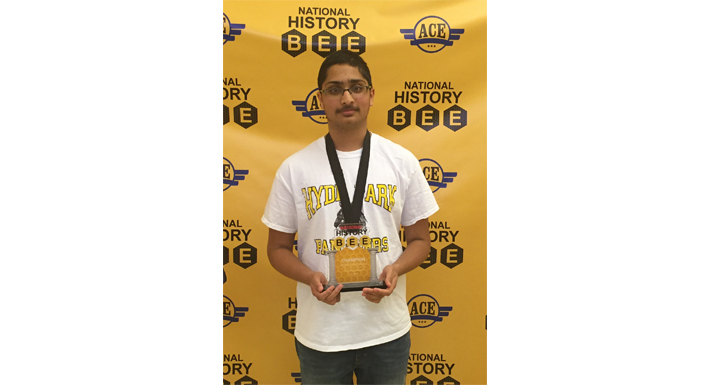 Posted at 04:56h in Middle Schools, Students by CCSD News

Hyde Park Middle School student Eshaan Vakil ranked fourth in the nation in the individuals category of the National Academic Quiz Bowl Tournament (NAQT) Middle School National Championship, held May 7 and 8 in Atlanta. This is the premier Academic Quiz Bowl Championship in the U.S. Vakil, who is in eighth grade, competed against 851 other students from across the U.S. Meantime, this high-achieving student also was named the 2016 Nevada Regional Champion for the National History Bee, held March 14. He will now advance to the National History Bee in Chicago June 9-12, 2016. He also qualified to compete in the International History Olympiad, to be held July 17-24 at the University of Hawaii, Manoa. As if all of that weren’t enough, Vakil also was named the 2016 Nevada State Champion for the American Scholastic Achievement League’s Scholastic Challenge, a national online competition held in March in middle schools throughout the U.S.