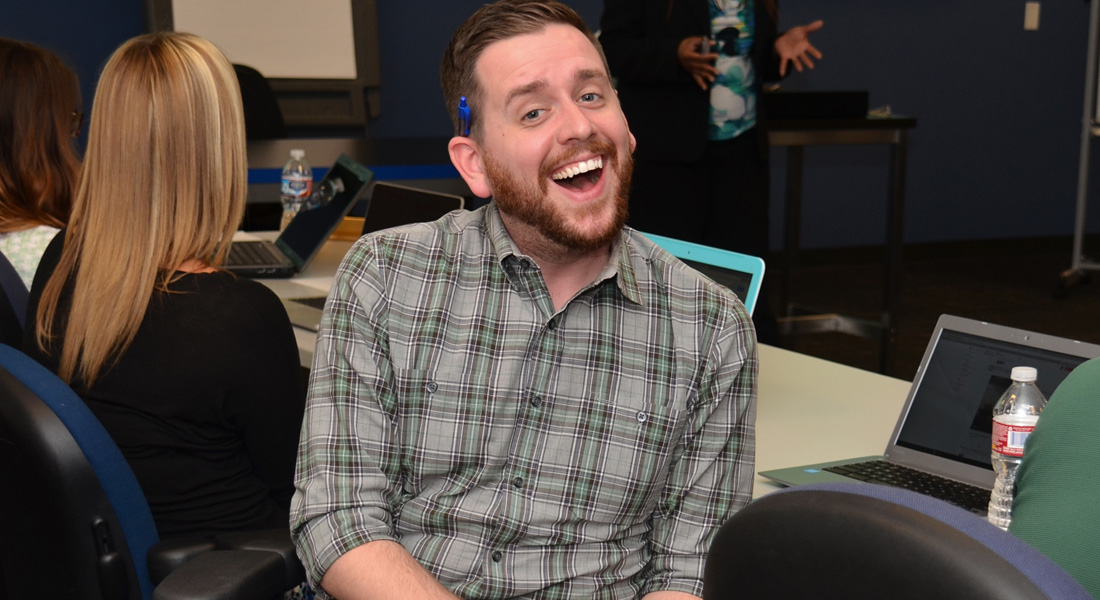 Award-winning Valley High School Advanced Placement (AP) government teacher Andrew Magness said he has two rules for his students: vote in every election and engage in community activities. Yet there is much more to the way he teaches his 127 students, all of whom are seniors. For one thing: Twitter. “It has changed my entire teaching approach.”

Magness, who graduated from Green Valley High School and the University of Nevada, Las Vegas (UNLV), has been with the Clark County School District for nine years. He’s been at Valley that entire time. With regard to Twitter, he said, “It makes my class transparent and accessible while also driving a national conversation from Valley High School all the way to New York City.”

As with Twitter, government and politics are a moving target. Magness said, “It’s fun for me because I never have the same lesson, and I’m always challenged to change my classroom and to be innovative in the way I teach my students.” He added, “We are learning about things that are happening every minute of every day, and it changes constantly.”

The Salt Lake City native, who once considered becoming a lawyer, said he wants his students to create their own educational paths and find their own answers, while still reaching the same learning goals. He said, “I create a safe learning environment that empowers my students to feel confident in their opinions and share their beliefs with others.”

At the beginning of each school year, Magness has his students create mission statements, and they are posted in plain sight throughout the entire school year. He cited one of this year’s mission statements: “To promote unity while creating a positive, successful and diverse learning environment and a desire to learn.” Magness said his students often disagree on various issues, but they respect the views of one another and have cordial discussions.

Magness makes heavy use of the Socratic method in his classroom. According to the Critical Thinking Society, “In Socratic teaching we focus on giving students questions, not answers. We model an inquiring, probing mind by continually probing into the subject with questions.”

Magness said more than 40 of his students worked the recent Democrat and Republican caucuses on their own time. “I want my students to understand they are not just surrounded by their school, but also by others in the community. They aren’t the only ones with problems and issues.”.

On top of his other achievements, Magness was selected for the prestigious Public Education Foundation Teacher Leader Academy. “I work with 37 of the best teachers I’ve ever met. It’s an awesome program that develops teachers to become leaders in their school, while not leaving the classroom.”

Unlike teachers in some other subject areas, he has no choice but to keep up on current events every day. However, this is far from a burden for Magness. “I like to do that, because teaching government is what I love to do.”