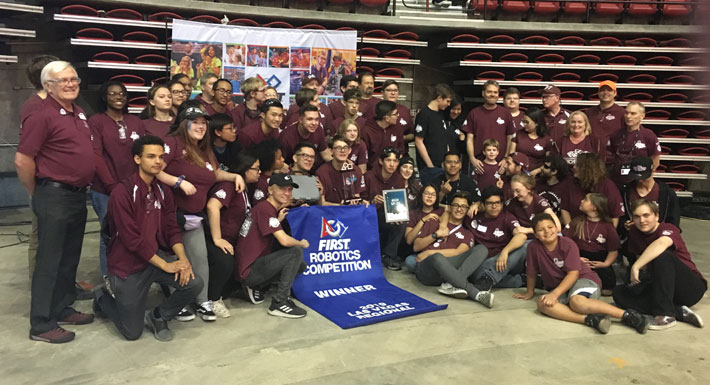 Posted at 15:55h in Achievements, Clark County School District, High Schools, Students by Cade Cridland
Cimarron-Memorial High School’s Highrollers, Team 987, won the 2019 FIRST Nevada Robotics Las Vegas Regional competition. The Highrollers were in first place with the only perfect record at the end of qualifying matches.  They served as the Alliance Team Captain and selected Team 842 from Phoenix and Team 7425 (Green Valley High School Robotics) from Las Vegas as team members.
The Highrollers will travel to Detroit, Michigan at the end of this month to compete in the 2019 FIRST Championship.  The Highrollers were world champions once, placed second twice, have been selected into the Robotics Hall of Fame and have 18 regional championships.