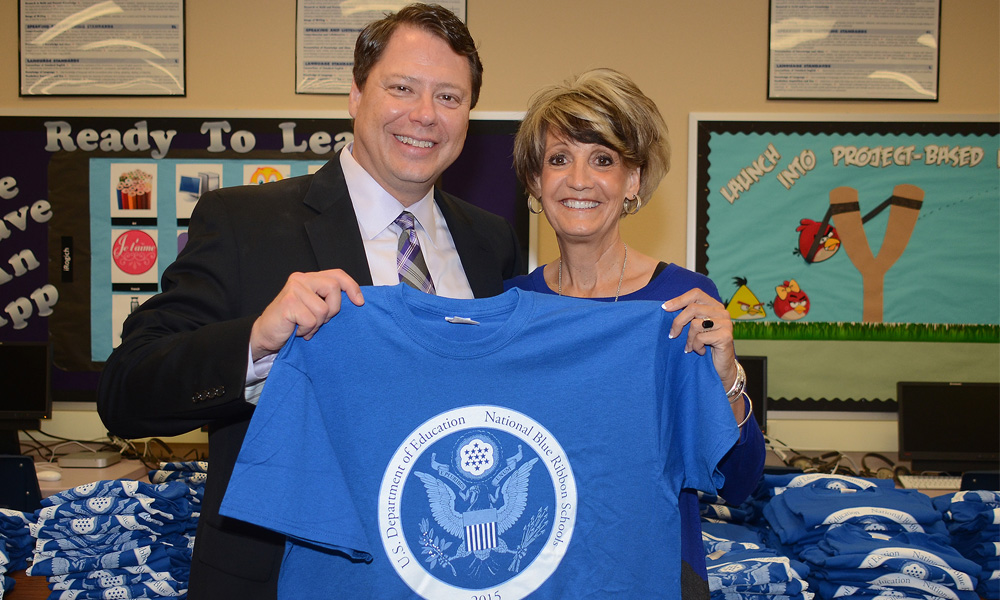 The 2015-16 school year comes to a close this week for most of the Clark County School District’s (CCSD) 357 schools. However, it closes with great gains and achievements that we can continue to boast about into next school year.

There are many programs, schools and individuals who were recognized for excellence this year, but some of the highest honors included:

For the 17th consecutive year, CCSD’s Music Education Program has been honored with the Best Communities for Music Education designation from the National Association of Music Merchants.

Eileen B. Brookman Elementary School set a Guinness World Record in January for having the longest continuous chain of glow sticks. This effort was “linked” to a reading initiative and each of the 20,000 glow sticks represented a book that a student had read during the school year.

Only 100 schools were recognized as 2015 National Title I Distinguished Schools and CCSD had two of them I Patricia A. Bendorf Elementary School and Lawrence and Heidi Canarelli Middle School.

Sandra Thompson Elementary School was one of only 124 schools to receive the National Parent Teacher Association School of Excellence Award.

Superintendent Skorkowsky was also among those receiving awards as he was selected as the National Superintendent of the Year by Jobs for America’s Graduates.

A record 25 CCSD schools celebrated the achievement of earning merit awards from the Magnet Schools of America.

Dr. Anne Grisham of Sandy Searles Miller Academy of International Studies was chosen as Region VIII Principal of the Year by Magnet Schools of America.

Spring Valley High School was chosen as an AVID (Advancement Via Individual Determination) National Demonstration School in recognition of its successful implementation of the AVID system.

Congratulations to all the schools and individuals for their recognition and for helping students achieve excellence during the 2015-16 school year!